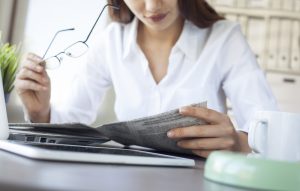 Today we’re going to touch on a bunch of different news items, and I’ll give a brief take on each. Let’s go.

This is one of the most interesting equity crowdfunding deals I’ve seen to date. Braidy Industries is building a huge modern aluminum plant in Kentucky. It’s also working on a potentially revolutionary new metal alloy. The deal could bring hundreds of high-paying industrial jobs to a region that badly needs them.

Braidy is a very serious enterprise backed by major players. It has $65 million in cash, the land, the plans and an extremely deep team. It’s raised $10 million on Netcapital so far.

This is a story to watch. Blockstream is an extremely well-funded company, staffed by some of the world’s top bitcoin engineers. It’s built “Liquid” as a separate blockchain that runs on top of the bitcoin network. The Liquid network is distributed among a large group of crypto exchanges, with no single point of failure.

Blockstream says Liquid will allow exchanges to trade bitcoin among themselves with extremely low fees and transactions that confirm in two minutes. It’s not as decentralized as bitcoin, but it’s faster, cheaper and private. This is one of the most promising initiatives to scale bitcoin’s throughput (though it is controversial to some because it’s not truly decentralized).

An artist has installed a unique piece of “protest art” outside the New York Federal Reserve. It’s a giant white rat. Here’s an excerpt from CoinDesk’s coverage:

The massive art piece was just installed as a sort of “protest” designed to get viewers to think critically about the state of economics and money management. “Bitcoin will take you apart,” the rat seems to argue from its perch in front of the Federal Reserve Bank of New York’s iconic stone exterior. On its piercing blue eyes, its pupils spell out the letters “PoW,” short for proof-of-work, bitcoin’s underlying algorithm.

I Created ‘The Bernank’ on YouTube. And I Was Mostly Wrong.

During the last financial crisis, Omid Malekan created a funny, informative cartoon video called “The Bernank.” It was about the Federal Reserve and how Omid thought its money printing would end up. It was a huge hit with millions of views.

He admits he got much of it wrong, but he argues that the end result was just as bad. Soaring wealth inequality, even bigger banks and no consequences for bad actors. Malekan sees cryptocurrency as the most promising way to level the playing field. It’s a fascinating read. I highly recommend it.

CNBC explains why it’s different – and worrying – that both bonds and stocks fell on Wednesday.

The post Top Reads of the Week appeared first on Early Investing.

Podcasts That Expand Your Investment Horizons