It looks like the crypto prices are going to experience an even wilder roller coaster ride in the coming months. According to the SEC, as much as 9 ETF proposals will be decided on in the next 2 months.

So far, only 2 major ETF proposals have been made, one by the Winklevoss twins who operate the crypto exchange, Gemini, and another by the CBOE BZX Exchange. The Winklevoss twins had their proposal rejected on the grounds that there were still insufficient protections that would prevent price manipulation in the Bitcoin trading markets. The CBEO BZX Exchange ETF proposal was delayed until September 30th 2018.

In both cases, these decisions had a significantly negative impact on the price of Bitcoin and cryptocurrencies as a whole. On July 26th, news of The Winklevoss ETF rejection sent BTC price falling from $8,310 to $7,825: 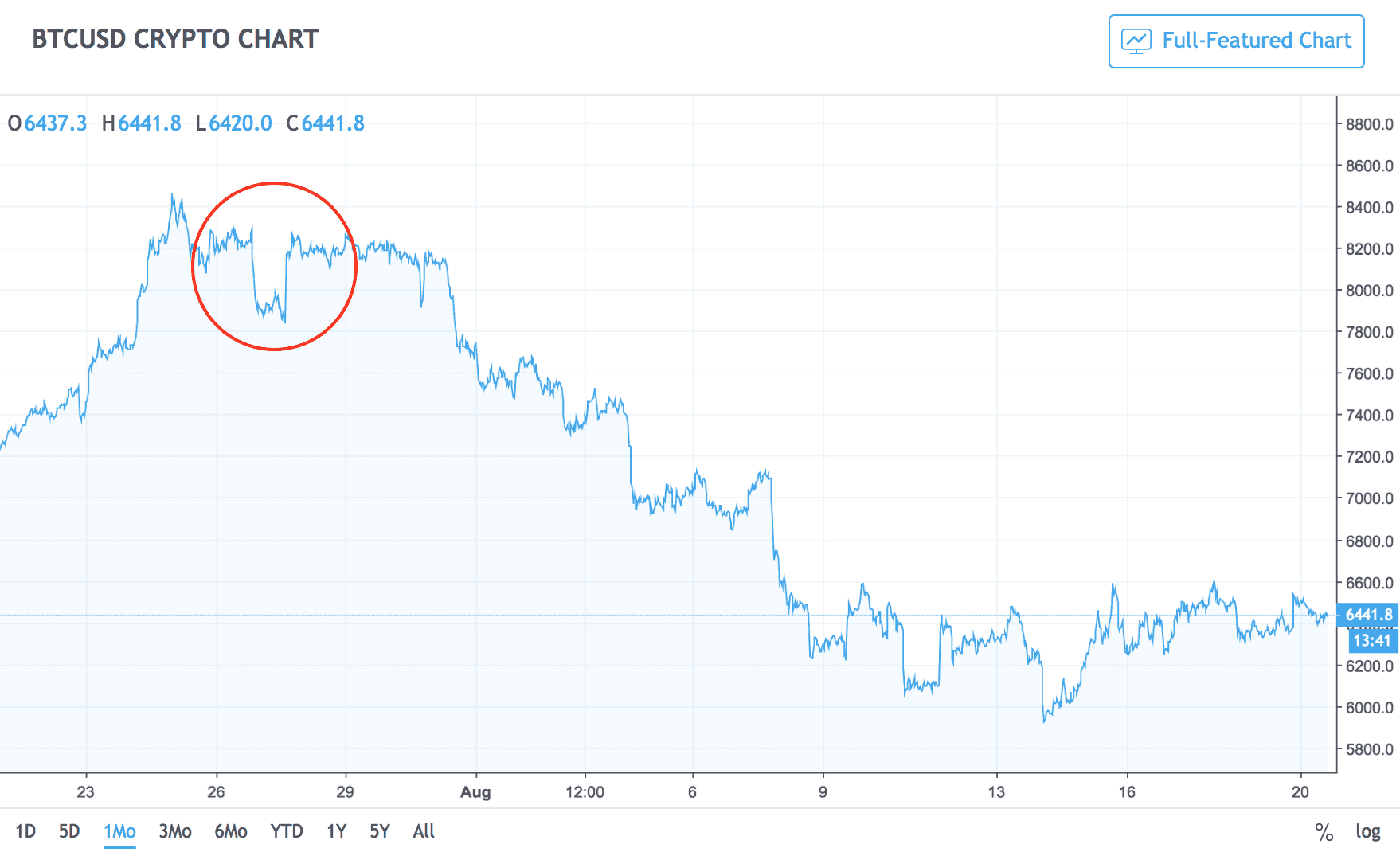 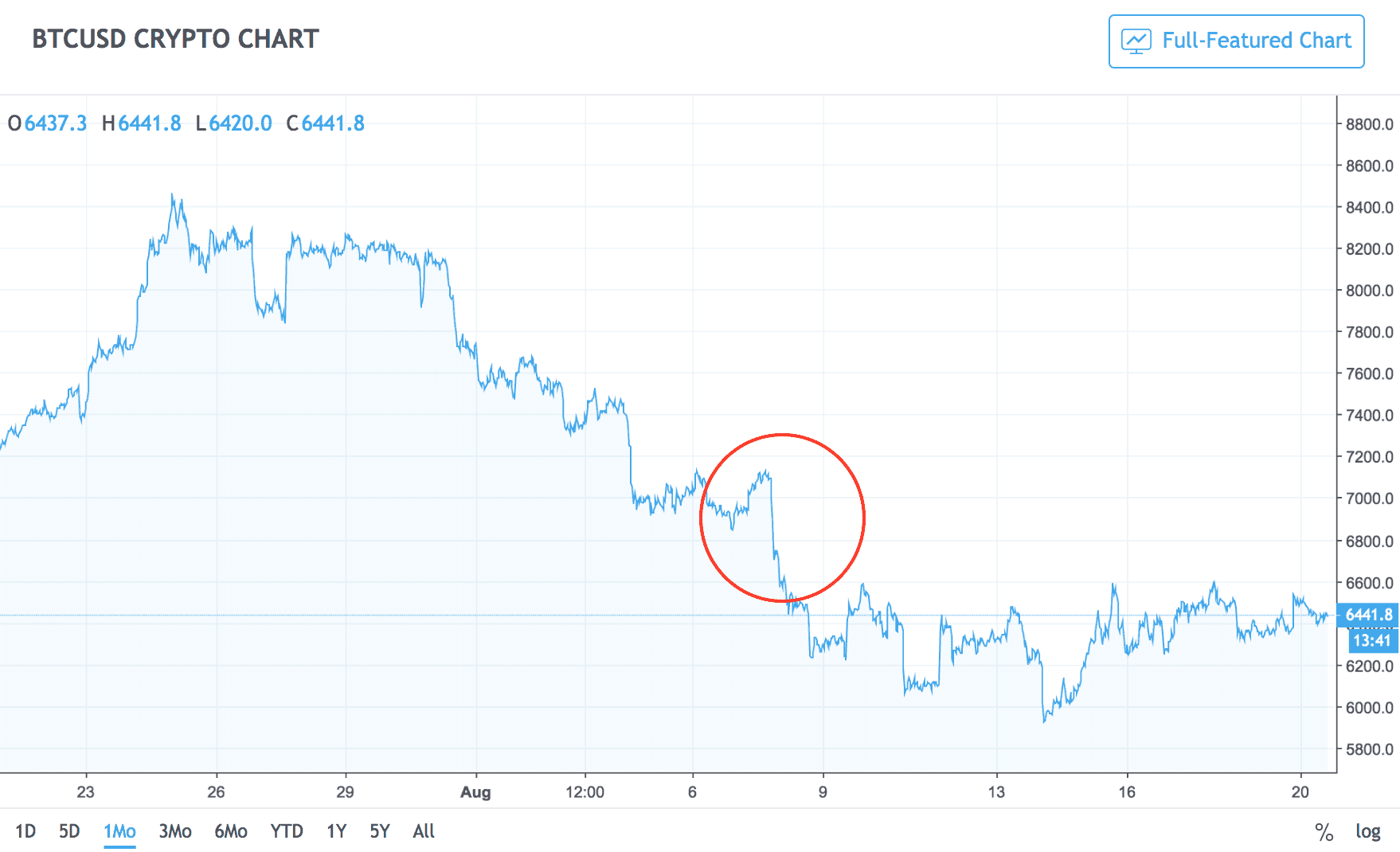 And if we go back in time to January 2017, the previous time when the Winklevoss ETF was rejected by the SEC, the daily candle was horrible with a severe drop in value: 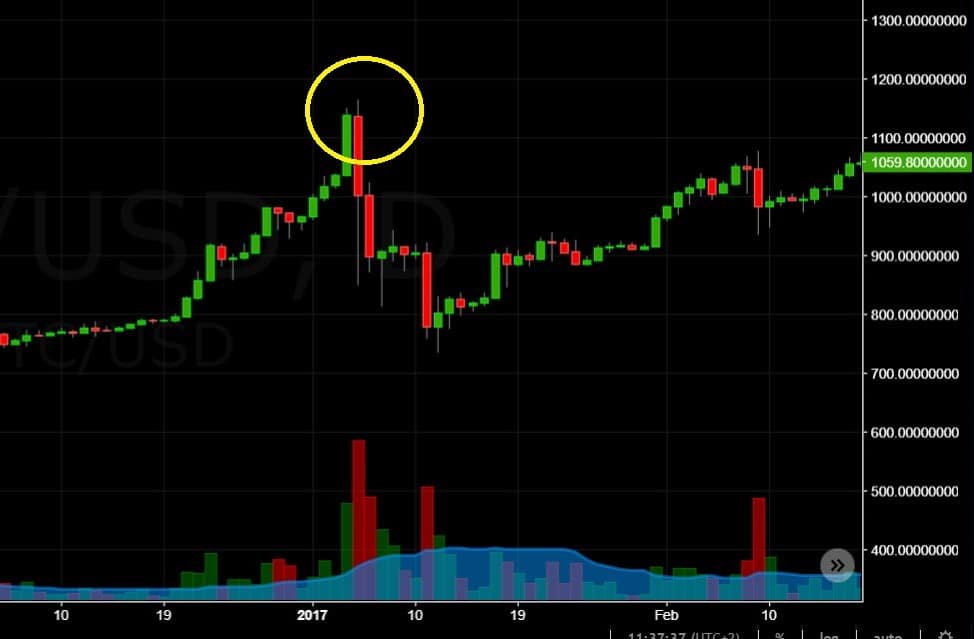 Many people are clinging on to an ETF approval because they view it as a pivotal movement in which the floodgates will be open for institutional investors to finally buy Bitcoin. The surge in demand will lead to a price hike that could see Bitcoin returning to its all time high of $20,000 and even possibly going beyond that.

However, not everyone views ETFs with the same level of excitement or optimism. Ethereum founder Vitalik Buterin shared his concerns about the extreme focus on Bitcoin ETFs and lack of focus on reducing the barriers to entry that make it easier for people to buy cryptocurrencies in small quantities. 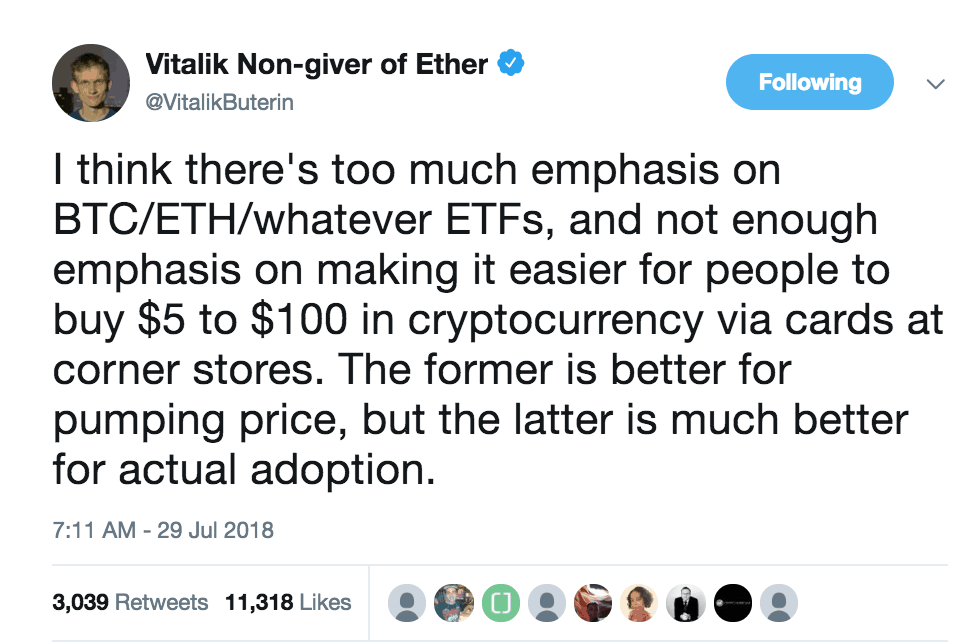 Other crypto influencers like Andreas Antonopoulos actually believe that a Bitcoin ETF would open the crypto space to even more price manipulation:

“Everybody’s so excited about ETFs because what we’ve seen in other markets is that when an ETF becomes available—as we saw in gold—the price really increases dramatically as suddenly that commodity becomes available to a lot more investors and these investors pile on. But the other side of it is that there’s always these claims that the commodities markets are heavily manipulated and opening up these exchange-traded instruments only increases the ability of institutional investors to manipulate—especially [in the case of] large market makers—the prices of commodities, not just in the markets where it’s traded as an ETF but more broadly”.

The following ETF schedule shows a handful of applications from Granite Shares and Direxion Daily Bitcoin busy awaiting approval in the middle and end of September. It’s also interesting to note that many more applications (from ProShares and Rex Bitcoin strategy) were withdrawn, possibly due to the recent decisions by the SEC to reject the Winklevoss twin’s application, and delay the CBOE application. 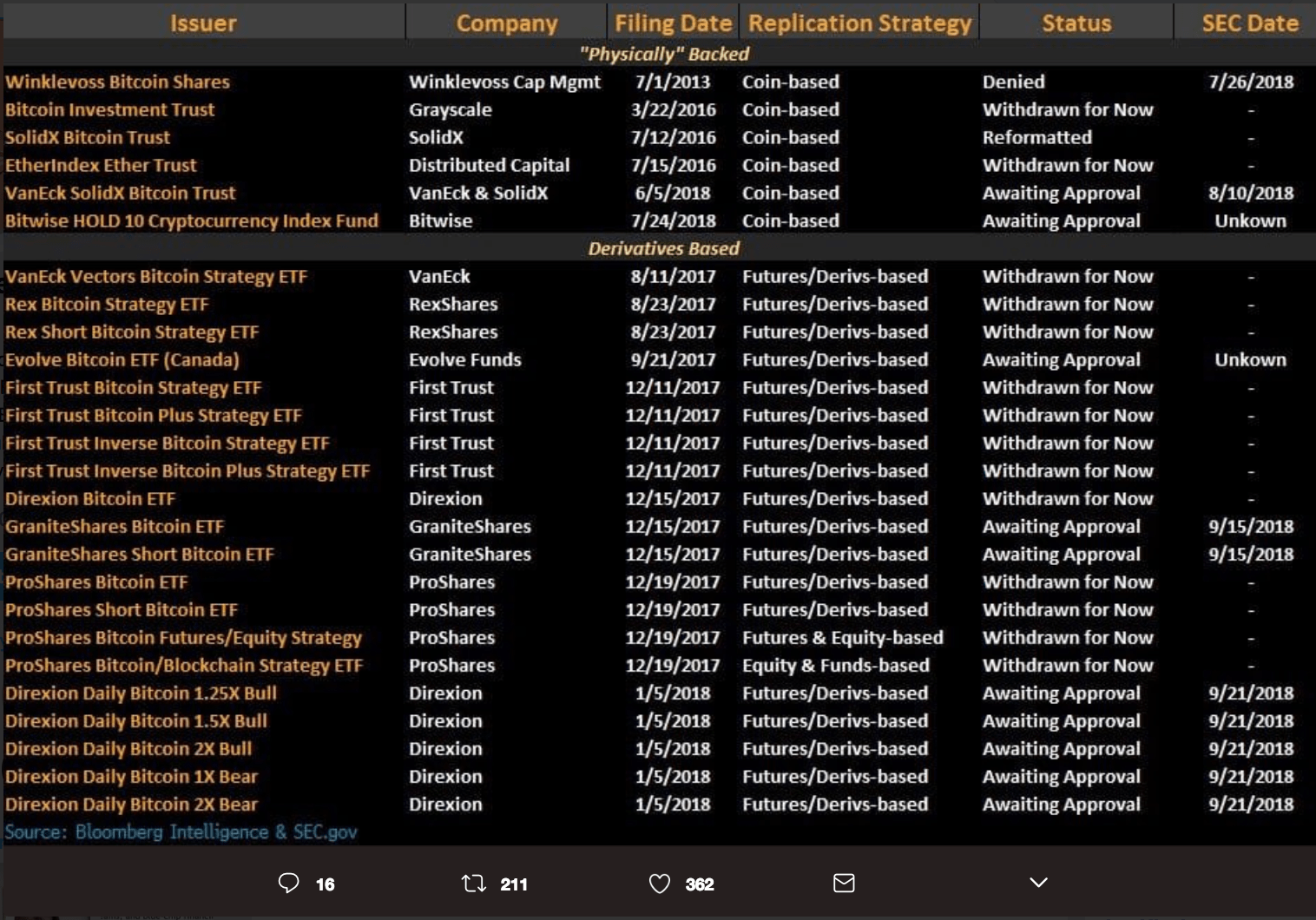 ETF approval provides a great opportunity for Bitcoin speculators, but whether this will lead us in a positive direction towards real adoption is still uncertain. One could argue that more money pouring into the space is always a good thing, regardless of whether the immediate intentions are to help progress the technology.

Ultimately, what’s more important is that the general public is able to decouple whatever decision comes from these ETF applications from the actual value of Bitcoin as a currency and technology. Although the SEC serves an important function for safeguarding retail and institutional investors, they are not (and should never be seen as) having any form of authority to dictate the value of Bitcoin and the crypto market. As a global currency built on decentralized technology, Bitcoins value is and should always be determined by its current and potential utility, serving people who seek financial independence and a refuge from centralized, restrictive banking systems.

Ripple Price Analysis: XRP Struggles At $0.30 And Rolls Over Against Bitcoin, What’s Next?

Bitcoin in Extreme Greed Levels Not Seen Since June 2019 Rally