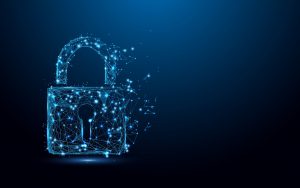 TZERO went live last Thursday. If you’ve never heard of tZERO, that’s okay. I’ve got the full story for you below. Just know that I think tZERO is so important that I will be tracking it closely over the coming months.

TZERO is an SEC-compliant platform/exchange where token securities (cryptocurrencies that stand in for securities such as stocks, real estate, etc.) are traded. It’s a subsidiary of Overstock.com and the brainchild of Overstock’s rebel CEO, Patrick Byrne.

The goal is to create an alternative to the Nasdaq with a ledger that is open, transparent, immutable and available to everybody. Right now, only accredited investors can trade at tZERO, but the company says retail investors will be able to use the platform by August.

Why is Overstock doing this? For one thing, initial coin offerings have been in the crosshairs of the SEC for a good year now, and U.S. citizens have been kept from participating in an increasing number of these offerings. TZERO gives new tokens rock-solid legal cover.

And because it uses blockchain technology, tZERO cuts out the middlemen – mainly brokers and dealers – making transactions faster and cheaper.

TZERO is also smart. It incorporates regulations into the token protocol, offering enterprise-level blockchain solutions – including token issuance, management and trading. And it retains many of the important features that come with traditional securities, including rights, security and protections.

Video game publishing company Planet Digital is selling a security token and plans to list it on tZERO. Others will surely follow. There are reports that startup car company Elio, a company producing light three-wheeled cars, will be listing shortly.

But tZERO isn’t exactly taking the markets by storm. The main problem? There just haven’t been that many security tokens issued to date, even though practically every kind of asset imaginable can be tokenized.

It’s important to understand that tZERO is still a work in progress. The company says it’s in talks with about 60 private companies to tokenize their shares. Its platform currently handles only private equity shares, but it’s planning on setting up a separate platform in the near future to handle public companies. Eventually, tZERO envisions covering a wide swath of asset classes.

I expect that the pipeline of tokenized assets will grow. Can you imagine the potential of tokenizing real estate investments? I’d certainly like to own a piece of the Empire State Building.

My own experience tells me that though demand is probably not going to mushroom overnight, tZERO is definitely fulfilling a need. Tokenizing assets is the next big thing in the crypto world.

In December, I traveled to New York City to interview a company that had wanted to sell very expensive paintings to retail investors at affordable prices. It wanted to tokenize the paintings and offer affordably priced tokens. But after a couple of chats with the SEC, the company decided it would be too complicated and expensive to do. It went in another direction, with plans to revisit the idea of tokenizing at a later date.

Now, tZERO wasn’t available at the time I visited the company, so it didn’t come up in our conversation. But the reasons why the New York company didn’t tokenize are the very reasons why I think tZERO will be able to attract companies to use its platforms. TZERO was conceived with the express purpose of saving companies seeking to tokenize huge amounts of money on research, development and regulatory costs.

Like I said, it’s a work in progress. TZERO was founded 4 1/2 years ago. It’s taken that much time for the concept of tokenized assets to mature into a usable product.

And no wonder… acquiring equity through the trading of tokens instead of shares is revolutionary. It reimagines how our entire investment system works. And by automating trade service functions, it poses existential risks to a number of vested interests. Brokers and dealers, security lawyers, and investment banks providing instant liquidity would no longer be needed with a much wider investment base of retail investors.

In calling security tokens an “innovation of historic proportions,” Byrne is telling it like it is. Of course, it will have a historic impact only if it catches on. And it will catch on only if the technology does what it’s supposed to do, which is give investors a faster, cheaper, more convenient experience with more optionality.

The launch last week experienced some technical difficulties. Some new users complained about account confirmations and days-long wire transfers. It’s the kind of thing that can kill a business, so tZERO needs to stay on top of this.

Tokenization is coming. The question is, will tZERO lead the charge? Or is it too early?

The market seems to be submitting a vote of “no confidence.” Overstock’s share price is down more than 50% from its peak of last August. The markets could be worried about tZERO’s ability to contribute to Overstock’s bottom line. And tZERO could face serious competition from Coinbase, which is developing its own security token trading platform.

But I think the market has gotten Overstock wrong. It’s significantly underpriced.

As the first SEC-regulated crypto alternate trading system, tZERO is a fascinating “grand experiment” – one we’ll be keeping a close eye on. And because we think tokenized securities are the future, we’ll also be on the lookout for startups that can add value to the tokenization ecosystem.

T. Boone Pickens’ Real Legacy Has Nothing to Do With Oil

CBS Rejected a Marijuana Super Bowl Ad, but One Company Will Still Be in the... Currency.com Allows Crypto Traders to Buy Leveraged Equities, Indices and M...
Scroll to top