Early Wednesday morning, 43,564 BTC – worth more than $313 million at current prices – was withdrawn from Bittrex to an unknown wallet. To put that in perspective, it’s almost as much as the daily trading volume of Bitfinex and Coinbase combined.

What is remarkable about this particular transaction – aside from the size – is that the fee to transfer that much Bitcoin was only $1. You can’t even buy a cup of decent coffee for $1 anymore, let alone transfer millions of dollars in fiat currency.

Now compare that to trying to wire fiat currency. Depending on the amount being transferred, you could pay thousands in ‘hidden’ fees on top of a transfer fee that is 10 – 20x greater – or more – than that of Bitcoin. For example, if you were to try to send $313,000 – 0.1% of the Bitcoin transaction – from the US to the UK using Transferwise, you would pay over $1200 in fees. 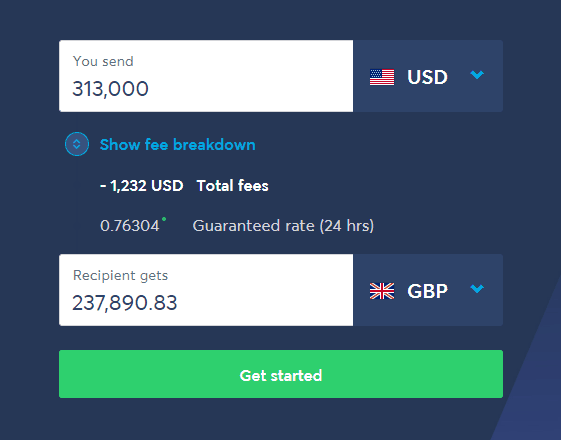 Possible Reasons Behind the Huge Transaction

The question on many people’s minds isn’t so much who withdrew such a huge amount of Bitcoin, but rather, why did the transaction take place?

Is there any relation to the recent Bitcoin price manipulation where the price spiked 8% just to retrace 10% hours after?

Did the whale decide not to dump his Bitcoins on the market? This, by the way, could be a bullish sign.

The consensus is that something is not quite right about the transaction. The receiving Bitcoin address is brand new, with only two transactions in its wallet history. That in and of itself isn’t all that odd, but as at least one Twitter user noted, there was no test transaction.

Isn’t it weird how there’s no test tx? @BittrexExchange would you like to confirm that funds are safe?

You would think that with a transaction this size, that the user would send a small test transaction to verify that they entered the correct receiving address.

Other crypto Twitter users have speculated that the transaction is just Bittrex transferring bitcoins from its hot wallet to its cold wallet.

It’s just an internal transfer. Bittrex moves #BTC from its exchange to its cold wallet. When their customers buy back #BTC, they will move coins back to exchange for liquidity

Recent data from BitUniverse shows that Bittrex has approximately 131,340 BTC in its reserves, meaning that if it was an internal transfer, then Bittrex just moved a third of its total BTC reserves into its cold wallet.

Requests asking Bittrex to confirm the legitimacy of the transaction have thus far gone unanswered.

The post Whale Alert: Bitcoin Worth $313 Million Was Sent from Bittrex Exchange to Unknown Wallet appeared first on CryptoPotato.

The Fed’s Money Creation System Is Fueling One of the Biggest Heists in H... Onecoin Websites Suspended as the $4 Billion Ponzi Crumbles
Scroll to top