Crypto Blog
You are here: Home / Crypto Blog / Bitcoin / What is The Lightning Network? Beginner’s Guide

The problem of scalability

Scalability means the ability to cope with an increase in demand, or if we derive the meaning from the Bitcoin network – the ability to populate more transactions in the blockchain to allow maximum user growth. , there are approximately 22 million Bitcoin wallets in the world. Even if we know that everyone has a number of wallet addresses, this is still a very small percentage of the global population. Bitcoin plans to be digital cash money, and it also wants to be a global currency, so that the entire world can use it. Therefore, the network must deal with this scalability problem in the early stages of its growth and before it is more broadly adopted.

An off-chain solution specifies that a large part of the Bitcoin transactions will not be recorded on the main distributed ledger, but on a side network that works in parallel. This can be done by adopting Multi-Signatures wallet (Multi-Sig wallets) technology. Multi-Sig wallets were originally built to create an extra layer of protection for one, or more, people who want to hold a fund together without the need for trust. This can be compared to a joint bank account where you need the signatures of both parties to withdraw money.

In a Multi-Sig wallet, the digital signatures of the private keys of each person involved in the wallet are required to use the money in the wallet. You can create a multi-sig wallet where 2 out of 3 keys are required or even 15 out of 15.

The lightning network is a second layer solution that was invented in 2015 by Joseph Poon and Thaddeus Dryja and has been developing since then. It enables significantly greater scalability by allowing the network to conduct millions of transactions per second.

How does it work?

The basic element of the network is bilateral payment channels. Payment channels are multi-sig wallets that have been upgraded, making them just like a counting frame. Both sides open the payment channel with a transaction on the main network. This initiates the deposit of the first funds. 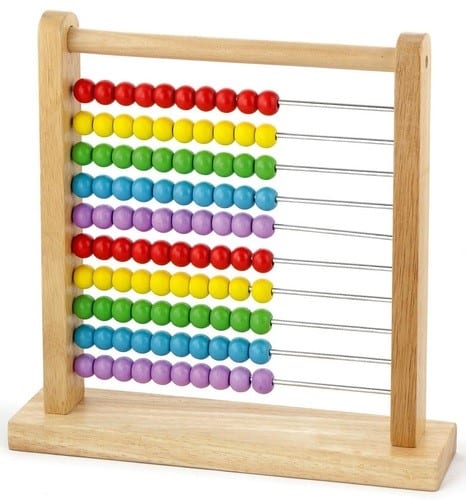 Let’s say Bob and Jim play Backgammon with Bitcoin coins. In each game, they bet using 0.01 Bitcoin. If they had to settle on the main blockchain after every game, they would have to wait at least 10 minutes each time until the payment is passed and only then could they continue to the next round. In addition, the commissions would be relatively high because there are a large number of transactions. To overcome these obstacles, they open a payment channel, and they both deposit 0.05 Bitcoin by performing only one transaction on the main network, so the balance of payments will appear on their balance.

Now, Jim won the first game, and Bob needs to pass him 0.01 Bitcoin. Since they are talking about a side network, they will simply update their payment channel with the fact that Bob transferred 0.01 Bitcoin to Jim.

Next, Bob won three times in a row. Between each game, we performed a transaction on our channel, and now the balance of payments will look like this: 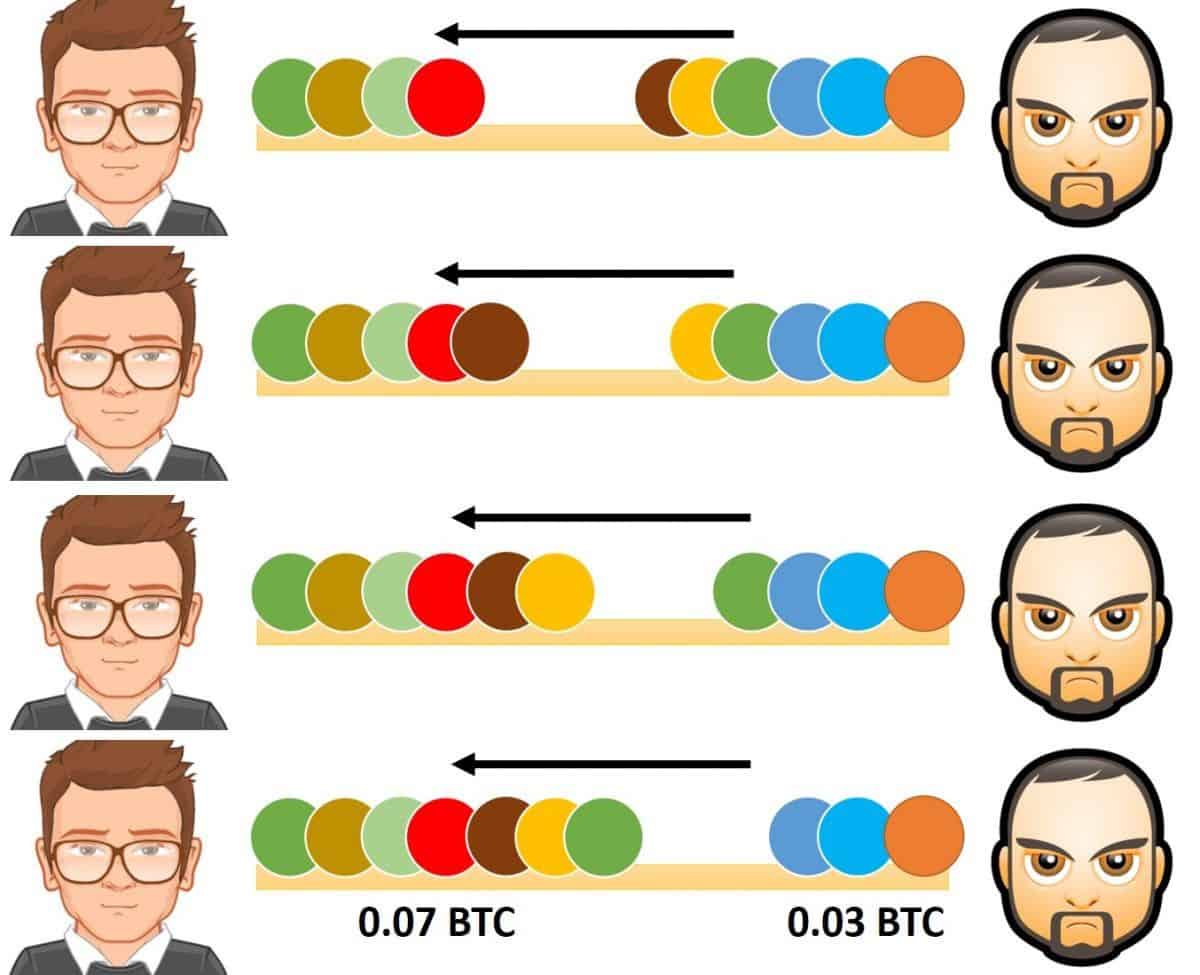 At any moment we could close the channel, and then we can just broadcast the last transaction that was made to the main net. This transaction will include all the former transactions that had been made in the payment channel. In fact, the upgrading of the multi-tag portfolios (and what made them a payment channel without the need for trust) is the replacement of the digital signatures associated with each transaction with the other at the time of execution. Now, because the gap on trust has already been bridged – all that remains to be done is simply to transmit the transaction to the main network.

So far we have figured out how payment channels work but is that it? Is that the Lightning Network?

So the answer (which may seem obvious to you) – is not really!

Routing has several characteristics and/or limitations:

This is what makes Lightning so revolutionary. This was a simple example of a very limited number of open channels. Imagine Lightning now operating all over the world:

This will allow money to be routed via Africa to South America or via Europe to the US in such a rapid, efficient, and immediate way that millions of users will be able to use the network simultaneously, whether to buy a cup of coffee or to gamble on a local Backgammon game.

The Advantages and Disadvantages of the Lightning Network

However, the Lightning network also has disadvantages, or at least “Tradeoffs” against the main network:

On this subject, it is important to understand that there is a spectrum between complete decentralization and complete centralization. It is not black or white (or you are centralized or decentralized), but it can be located at a certain point on the spectrum that is very close to total decentralization, but not 100%. In its current form, the Lightning grid is almost completely decentralized. When the network is widely used, if Payment Hubs are created, it is possible to estimate that the degree of decentralization will be reduced – but only marginally.

Payment Hubs have been presented as a disadvantage in terms of the element of centralization, but they are actually an advantage because they create an incentive to run Lightning nodes.

Consider the HODLER’s, people who believe in Bitcoin and hold it for the long term. Instead of keeping the Bitcoin in their hardware wallet, they can accumulate interest on it by setting up an intersection on the Lightning Network. All they have to do is open payment channels and deposit their Bitcoin in it. Later, any network routing that uses one of their channels will award them with a few Satoshies. It is important to emphasize that this ‘interest’ from the nodes in the lightning network is actually the intra-network transfer fee paid by the transaction executers, which is minimal. However, over time these tiny transfer fees will build up profits for the HODLER.

In addition, as you will recall from the third drawback, we talked about needing to ‘listen’ to the network to prevent fraud. This need leads to the expected development of another integral part of the eco-system called Watchtowers. The role of Watchtowers will be to seek and find fraud attempts of all kinds. In fact, it will be possible to outsource those security services to maintain our payment channels. These Watchtowers are actually Lightning nodes with another dedicated algorithm (similar to mining). These nodes will be paid for their activities only if they use their service (i.e., If they actually prevent cheating).

The lightning labs released the mainnet at March 2018. As of those days, there are about 1,900 nodes,  among them 97% have an active channel. The amount of channels is also increased expressively over time with more than 11k channels. In a matter of network capacity, there is a significant increase of 300% in the last three weeks from around 100 BTC to more than 300 BTC.

The Lightning Network and off-chain solutions are an integral part of the network’s scalability and are the key to Bitcoin’s transformation into real digital cash that can be used in all types of daily purchases.

While it is just at the beginning, the network’s accessibility and implementation processes, led by well-known developers around the world, are in full swing and we hope that it will soon be used globally, conveniently and efficiently.

This article was originally written by Ben Samocha

The post What is The Lightning Network? Beginner’s Guide appeared first on CryptoPotato.