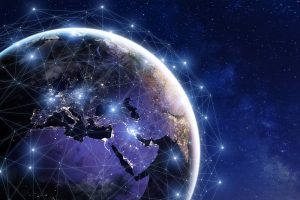 Crypto winter is over. Bitcoin has climbed 130% since the beginning of the year.

I had thought it was only a matter of time before institutional money would pour into cryptocurrencies and prices would rebound.

But a funny thing happened on the road to bitcoin’s (and other cryptocurrencies’) recovery.

The institutional “smart” money hasn’t been the only catalyst.

Institutional investors – mostly hedge funds, family offices and endowments – are moving slowly into the market. And it’s had both a material and a psychological impact.

Fidelity’s move into the crypto markets, in particular, has had a significant impact. As have the investments of some endowments. But remember, this is just a fraction of what they could be investing. We’ll feel the effects of institutional money in the crypto markets more over time – as they invest more and more money.

So if it isn’t just institutional money, what’s causing the crypto surge?

It’s hard to pinpoint a single triggering event or milestone. We’re still waiting for the first crypto exchange-traded fund… clear guidance from the SEC… and mass adoption of any of the coins. We’ve seen strong technological progress on scaling, security and speed. But that’s been going on throughout crypto winter.

Could Facebook be responsible for the crypto surge? The social network did recently announce plans to launch its GlobalCoin, which would allow its 2.38 billion-plus users to send each other money and buy things on its platform and across the internet.

But Facebook was working on this secret project back in 2018 when bitcoin prices were tanking. And its GlobalCoin could emerge as bitcoin’s biggest rival if just a small percentage of Facebook’s global users adopt it. GlobalCoin should bring bitcoin prices down, not prop them up.

There is one thing that feels different this year…

It’s the growing acceptance of blockchain – the technology underpinning cryptocurrencies. Just this past week, I’ve come across multiple announcements of blockchain’s mushrooming adoption.

State Farm and USAA, for example, will be paying each other insurance claims (subrogation) on the blockchain by 2020. Walmart has joined MediLedger, a consortium (including Pfizer and the three largest pharmaceutical wholesalers – McKesson, AmerisourceBergen and Cardinal Health) that’s building a blockchain for tracking pharmaceutical supplies. Walmart, by the way, is already a member of IBM’s Food Trust, a system for tracking fresh produce through the supply chain.

TradeLens – the supply, logistics and shipping blockchain that IBM has developed with Maersk – has signed up two major marine cargo carriers to its more than 100-member roster. (First Stage Investor members can read more details about IBM’s blockchain initiatives here.)

Banks have shifted from deep skepticism to acceptance of the real benefits of blockchain in a relatively short period.

JPMorgan Chase announced this week that it has built a privacy protocol called Zether that it will likely use with Quorum, the bank’s privately developed version of the Ethereum blockchain used to facilitate cross-border payments and settlement of security issuances. JPMorgan has attracted some 220 banks to its Quorum-based Interbank Information Network.

In another announcement this week, 13 of the world’s biggest banks are preparing to launch digital versions of major global currencies in 2020. The decision came after years of research convinced them that blockchain technology could be used to make trading cheaper and less risky.

I think Barclays has captured the zeitgeist. As one of the 13 banks preparing to use a digital coin to settle and clear trades, it said that its confidence in the project’s viability has “meaningfully” increased since it joined the effort a year and a half ago.

We are on the cusp of large-scale blockchain and crypto adoption, with enterprise adoption leading the charge and paving the way for consumer-facing companies such as Facebook. The rise of the cryptocurrency era is in plain sight. And that’s a big reason why crypto prices are going up.

The post What’s Different About This Crypto Surge appeared first on Early Investing.

Despite Growing Pains, the Hemp Industry Has a Bright Future

Will Ethereum Surge Back to $1,000? Experts Weigh In
Scroll to top