Crypto Blog
You are here: Home / Crypto Blog / Bitcoin / What’s Fueling the Rise of the Altcoins? 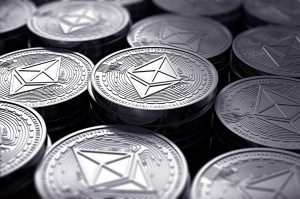 Bitcoin grabbed the vast majority of cryptocurrency headlines in 2017.

And when bitcoin, the original cryptocurrency, passed the $10,000 mark last year, something seemed to change in the minds of mainstream investors.

CNBC began frequently covering crypto markets. The Wall Street Journal offered surprisingly positive coverage. John McAfee made an outrageous “bet” that bitcoin would hit $1 million and promised to do something unspeakable if he was wrong.

As usual, the talking heads are behind the curve. Altcoins had an amazing 2017.

One year ago, the entire altcoin market was worth around $2.5 billion. Today it’s worth $500 billion, according to data from CoinMarketCap.com.

And while bitcoin once made up more than 90% of the entire crypto market, today it accounts for only 35%.

Stop for a second and think about the size of the gains we’re talking about here. Fortunes have been made in hundreds of different coins.

As you probably already know, I believe it’s only just begun.

But why is it happening now?

I couldn’t be more excited that altcoins are taking off.

But, to be frank, many of us thought cryptocurrencies would emerge as a major asset class sooner than they did.

I owned a handful of different altcoins back in 2013, but they didn’t do much for years.

Ethereum led the way for altcoins, showing everyone else what was possible.

But I suspect there’s more to the rise of crypto than just a few breakouts. There has to be a reason it’s happening now.

I believe part of the answer is that our society is changing.

We don’t trust centralized government nearly as much as we used to. We don’t trust stock markets much either. Bonds don’t pay what they should. And we certainly don’t trust banks or enjoy bailing them out.

There’s also the fact that fiat money systems around the world are faltering.

Mainstream economists like Nobel Prize winner Paul Krugman tell us that debt is inherently good, and that governments should borrow heavily and often.

According to this logic, even the $5.6 trillion we’ve spent on wars in the Middle East since 2001 is great for the economy. In Krugman’s view, debt spending is a stimulus package of sorts with almost zero downside.

Economists would have us believe that inflation is good, rising wages are bad, and stacking up a huge pile of debt is a recipe for prosperity.

If you’re like me, this nonsense doesn’t sit well. The big banks that control the Fed are the ones pushing these narratives. Economists are just their messengers.

It has become clear to many of us that the current monetary system is a poor one, and it won’t last forever.

The Future of Money

Crypto is the beginning of an alternative monetary system. The next stage in the evolution of money.

A system where (crypto) currencies are actually forced to compete for market share. What a concept!

Government-backed currencies have operated as monopolies for far too long. There’s no innovation. Fiat money is simply a blunt tool for controlling people.

Crypto gives me hope that we can build a better system… and eventually end the central banking system.

I’m not alone in that hope. Millions of people are now betting on crypto to change the world.

I believe this is what’s really fueling crypto’s rise. The widespread desire for a system that is fundamentally different and better.

Sure, speculation and profit-seeking play a role. But people don’t just invest in crypto… They join it, like it’s a movement.

So the next time you hear somebody mention tulips, bubbles and crypto in the same sentence, consider giving them a different perspective.

The post What’s Fueling the Rise of the Altcoins? appeared first on Early Investing.

Just the Tip of the Wall Street Iceberg
Negative Interest Rates in America?
Bitcoin Emerges as a Store of Value
Why the Crypto Community "Gets It"
Gojek and Tokopedia Merger Creates Investment Opportunity
The Convergence of Stocks and Cryptocurrency
The Deep, Dark Hole of Drug Addiction
Virgin Galactic Soars for… No Reason?