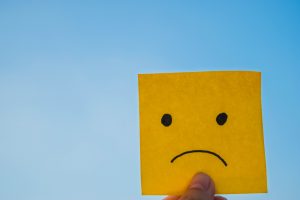 For the better part of 10 years, part of my job was to go on television and radio and debate anti-gambling politicians and activists. And for the most part, every appearance went the same way…

It would begin with these politicians and activists making sweeping claims about the evils of casinos. Most of the time, they offered no facts to back up their claims. Instead they expected the emotional appeal of their argument to carry the day.

My response was always the same. I was willing to engage in a discussion about casinos and gambling. I was even willing to agree with them on certain points (and I did!). But the discussion had to be based on facts – not what people merely believed to be true.

Every anti-gambling politician and activist would initially agree to my terms. Yet five minutes into the debate, they’d grow frustrated with me. Their beliefs didn’t match up with the facts.

Despite their strong beliefs, the truth was there for everyone to see.

That the truth was evident didn’t mean I won the argument – or even changed anyone’s mind. Frequently, I didn’t. I know this because on the radio, listeners would call in and let me know how wrong I was. They were angry. They were upset. And they didn’t want to hear the facts. They believed they were right, and that was all that mattered.

Sentiment versus facts. In theory, facts should win every time.

The same holds true for the crypto markets (and stock markets too, for that matter). Right now, crypto markets are largely sentiment-driven. They reflect investor confidence, which at the moment is low.

It all feels like crypto is in deep trouble. But the facts don’t support that conclusion. In fact, when you look at the crypto landscape, it’s filled with good news and positive developments.

Developers are in the process of making major improvements to Ethereum (CoinDesk). The bitcoin Lightning Network is growing rapidly and improving transaction rates (CryptoSlate). And the infrastructure for big institutional investors to enter the crypto space is almost complete (Forbes).

This is all grounds for optimism. Crypto is improving. Crypto can scale.

Will it take time? Yes. But the hard work is being done. The infrastructure is being built out.

The facts are right there in plain sight.

I prefer facts to sentiment. I insist that facts guide my investments. And the facts tell me to keep a small portion of my portfolio in crypto.

That’s exactly what I plan on doing.

The post When Beliefs Don’t Match the Facts appeared first on Early Investing.

Buybacks Are Bad for Shareholders