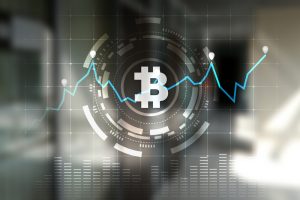 If you haven’t been paying attention, you might want to check in on your crypto portfolio. Bitcoin is back in a big way. Several other coins, including ethereum and litecoin, have been surging this year as well.

As of this writing, bitcoin is trading around $8,700. That’s the highest bitcoin prices have been since May of last year.

If you bought the dip when bitcoin was around $3,300 in December, congratulations! You timed the market perfectly. And you’re a rare breed.

The reality is that buying the dip is one of the toughest things to do as an investor. Sure, you’re supposed to buy low and sell high. But most people just can’t convince themselves to buy when the market is falling. Fear and doubt keep them on the sidelines.

But when the market is rising, like it is now, investors can see the prices going up. They envision profits instead of losses. And even a little FOMO (fear of missing out) kicks in. So it’s much easier to buy.

Then the question becomes, “Is it still the right time to buy?” And the answer is yes.

Each time bitcoin enters a bull market, it reaches new highs. And we’re nowhere near that point now.

More importantly, the fundamentals for bitcoin and crypto are still strong.

Corporate debt and government debt continue to rise. The Fed is either unwilling or unable to deal with it. And monetizing debt (printing more money) is one of the few tools governments have left to pay off their debts. The fiat system is ripe for disruption. And investors need an alternative asset to move money into to hedge against the current system.

Meanwhile, bitcoin is scarce. The most bitcoin we’ll ever have is 21 million. It’s liquid and digital. You can trade it and move it around the world easily. And it’s desirable and profitable.

Crypto is sound, smart money. People know it. They’re comfortable with it. Even Facebook is embracing crypto.

Plus, bitcoin and crypto are constantly improving. The Lightning Network is allowing bitcoin to scale to the point where it will (eventually) be able to process more transactions per second than Visa. And thousands of smart developers are working hard every day to make crypto faster and easier to use.

As always, we’ll continue to follow the crypto markets.

The post Why Crypto and Bitcoin Fundamentals Are Still Strong appeared first on Early Investing.

News Fix: Don’t Get Spooked by the Fed

The Strength of Early-Stage Companies

This New Bitcoin ‘Days Destroyed’ Metric Paints a Bright Picture for Pr... 10 People Who Might Be Satoshi Nakamoto
Scroll to top